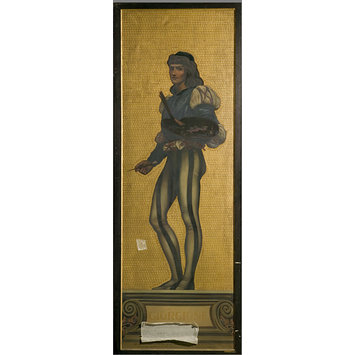 Full-length portrait of Giorgione holding a paintbrush and an artist's palette.

Copy of the painting of Giorgione by Val Prinsep designed for the decoration of the South Kensington Museum.