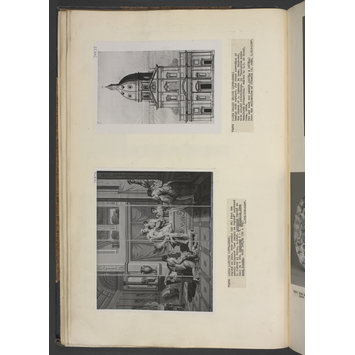 The Cupid and Psyche scenic wallpaper was produced by Dufour & Cie in Paris as a set of 26 lengths. These would have been hung around a room as a continuous mural decoration, or framed in separate groups as pictures, as with the 4 panels depicting Psyche au Bain (Psyche Bathing) which are in the V&A collection. These four panels are numbers 5 to 8 in the sequence. This wallpaper decoration was designed to illustrate the story of Cupid and Psyche (which comes originally from classical mythology) as given in La Fontaine's Les Amours de Psyche et de Cupidon, published in 1669). Pictures and other decorations depicting Cupid and Psyche were often used as bedroom or boudoir decorations. The interior depicted in the wallpaper is intended to represent a Pompeian style.

Dufour & Cie was one of the leading manufacturers of wallpapers in the early 19th century; the firm specialised in scenic and panoramic designs, especially those with classical subjects. This paper was one of their most magnificent productions.

Scenic wallpapers with pictorial subjects rather than repeating patterns first appeared in France in the early 19th century. They were extremely expensive as they required many separate blocks to print the whole design. The Cupid and Psyche papers are printed in grisaille and sepia, that is in tones of grey and brown.

Wallpaper panel from 'Psyché au Bain', the scenic paper illustrating the story of Cupid and Psyche (from La Fontaine's Les Amours de Psyche, 1669); Printed in grisaille from woodblocks, on paper.

Printed in grisaille from woodblocks, on paper

Four panels (Nos. 5 to 8) from the scenic wallpaper illustrating the story of Cupid and Psyché (from La Fontaine's Les Amours de Psyché, 1669). The complete set comprises twenty-six lengths; an example is in the Deutsches Tapeten Museum, Cassel. These four panels show Psyché in a pseudo-Pompeian interior, attended by five women, one of whom helps to disrobe her as she enters a marble bath. Cupid leans against a pillar on the sill of a loggia in the distance to the left. [1987-2006] 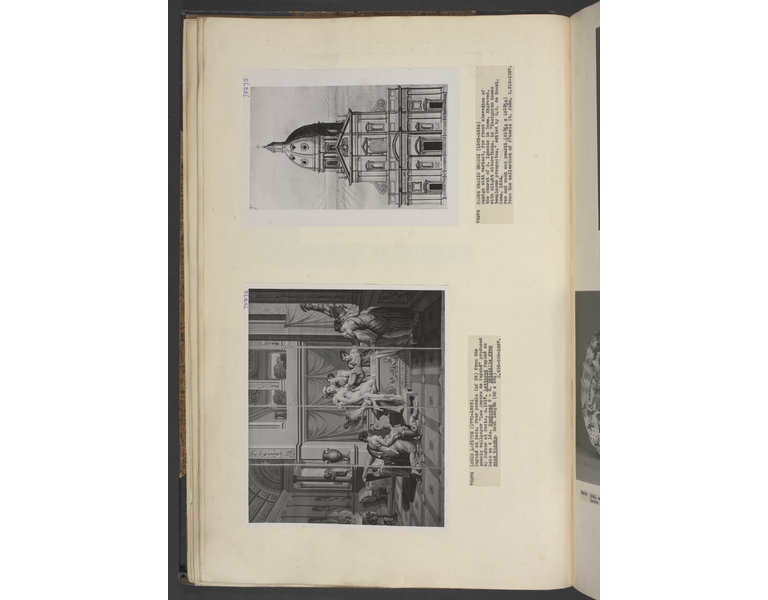