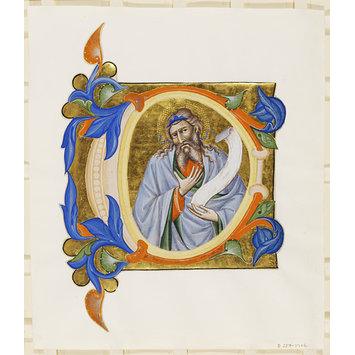 Santa Maria degli Angeli in Florence, a monastery of the Camaldolese order, was the home of a number of scribes, painters and illuminators in the fourteenth and fifteenth centuries. They worked both for their own house and for other churches and even secular customers. Silvestro dei Gherarducci (1339-99) was active as a painter and illuminator in the abbey from the 1370s, though he also acted as sub-prior and prior. He illuminated works not only for Santa Maria degli Angeli but also for a Camaldolese house in Venice, San Michele a Murano. At this time, Venice was not a centre of illumination, In 1401, Dominican nuns wanting advice on the making of books were told by Giovanni Dominici, a Dominican from Florence, to study the choirbooks of Santa Maria degli Angeli, which contained Silvestro's work. Silvestro may have worked as part of a team with some ornamentation done by others. Illuminators such as Belbello of Pavia and Cristoforo Cortese were later employed on the choirbooks and it is through their careers in Venice that compositions and styles developed by Silvesto dei Gherarducci became used in that city.

Historiated initial C ith half-length figure of a prophet holding a scroll. The prophet is wearing a grey robe with green lining and an orange tunic. The initial is ornamentated with foliage in orange, green and blue and the prophet has a halo made up of a pattern of circles tooled into the gold. This initial introduced the Mass for the Third Sunday efter Epiphany (Septuagesima Sunday).

Made in Florence at the convent of Santa Maria degli Angeli, for San Michele a Murano in Venice. Purchased on 22 June 1906 from Bernard Quaritch, together with twelve other cuttings from the same group of manuscripts (D.217 to 229-1906).
A duplicate number MS.976 was assigned to this object in error and was subsequently cancelled.

Historiated initial C with a prophet, from a Gradual for the Camaldolese monastery of San Michele a Murano, Italy (Florence), 1392-1399. 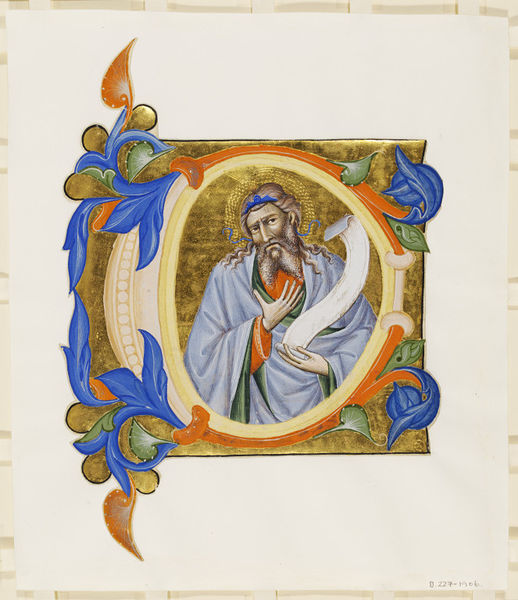