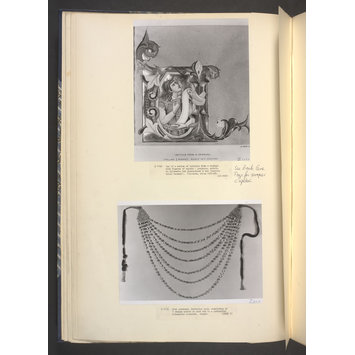 Historiated initial U (V) with prophet wearing a blue and jewelled robe and a red headband. The initial has foliage ornamentation in green, orange and blue and the prophet has a halo made up of a pattern of circles tooled into the gold.
Feria V after Easter
Text: V[ictricem manum tuam]; on verso [Allel]uia Can[tate Domino canticum novum], Introit for Easter Thursday.

Made in Florence at the convent of Santa Maria degli Angeli, for San Michele a Murano in Venice. Purchased on 22 June 1906 from Bernard Quaritch, together with twelve other cuttings from the same group of manuscripts (D.217 to 229-1906).
A duplicate number MS.971 was assigned to this object in error and was subsequently cancelled.

Historiated initial U with a prophet, from a Gradual for the Camaldolese monastery of San Michele a Murano, Italy (Florence), 1392-1399. 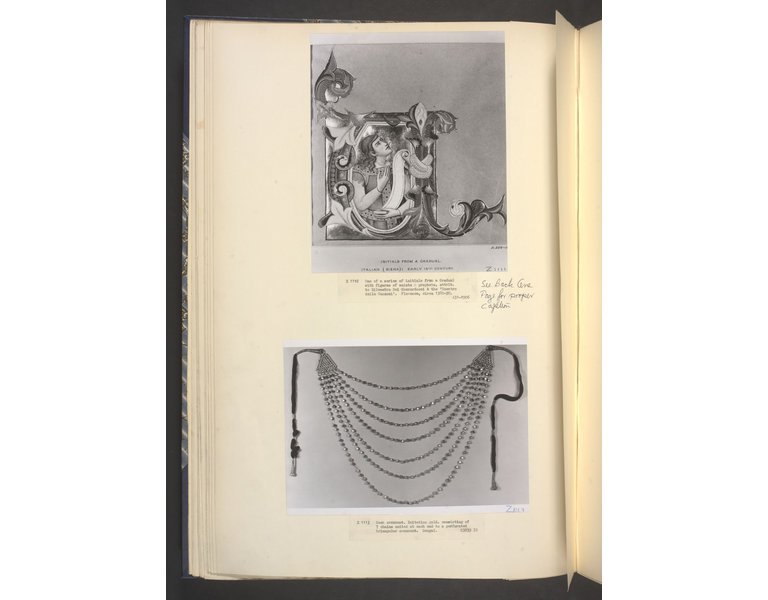