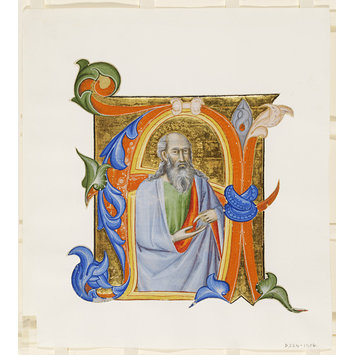 Cut-out historiated initial A with a bald and bearded prophet, wearing a grey robe with orange lining and a green tunic. The initial extends in foliage in blue, pink and green and the prophet has a halo made up of a circles and trefoil pattern tooled into the gold.
Feria III after Pentecost.
Text: A[ccipite iucunditatem], on verso [Allelu]ia All[eluia At]tendite, po[ulus meus], Introit, Tuesday in Octave of Pentecost.
Part of a line of music (4 red lines, 12 mm apart) and text

Made in Florence at the convent of Santa Maria degli Angeli, for San Michele a Murano in Venice. Purchased on 22 June 1906 from Bernard Quaritch, together with twelve other cuttings from the same group of manuscripts (D.217 to 229-1906).
A duplicate number MS.975 was assigned to this object in error and was subsequently cancelled.

Historiated initial A with a prophet, from a Gradual for the Camaldolese monastery of San Michele a Murano, Italy (Florence), 1392-1399. 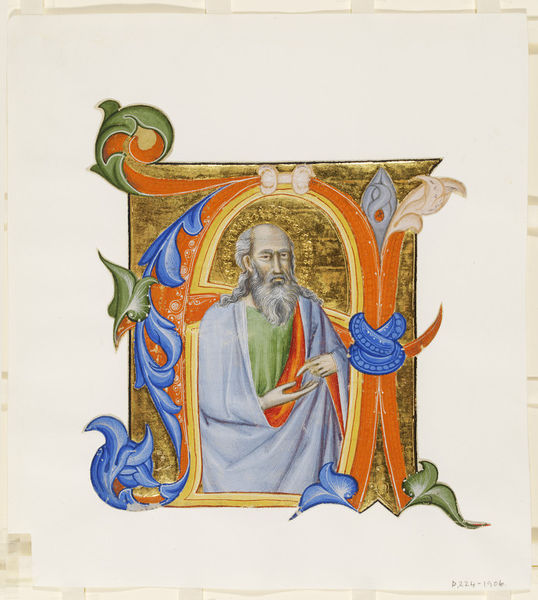