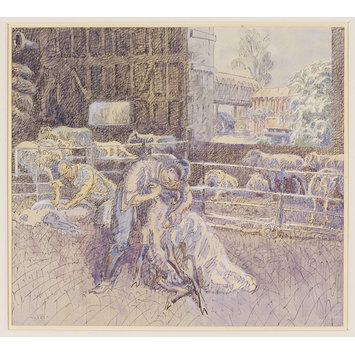 The summer ritual of sheep-shearing has historically held a central place in Essex and East Anglia; much of the wealth of innumerable towns was based on the wool trade. While the trade plays a somewhat reduced role in local life today, it is still very much alive. Walter Bayes has captured the sweaty, exhausting nature of shearing, one part of the process unchanged by modern technology.

A watercolour drawing of two sheep shearers at work in a barn; pens of sheep waiting to be sheared are in the background, and beyond, the open door reveals other farm buildings. 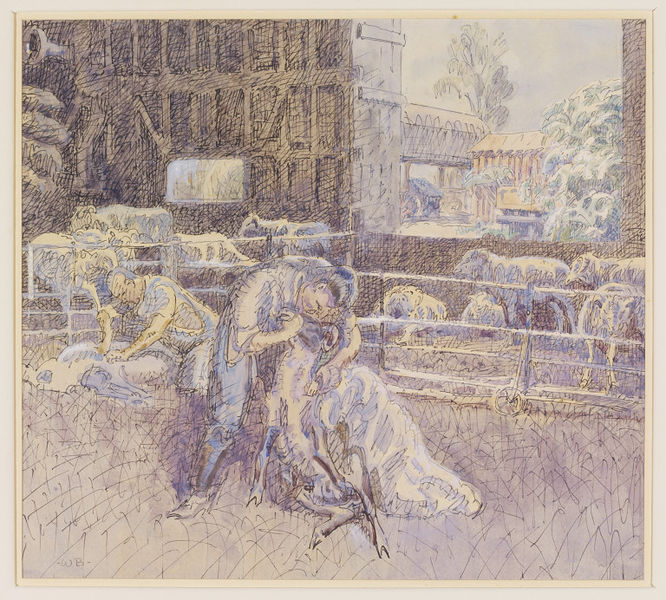