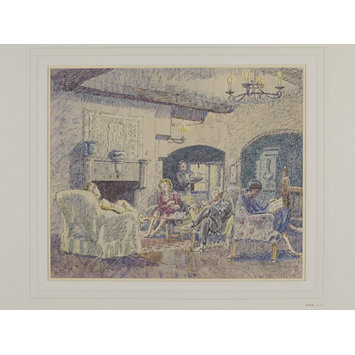 Fireplace at The George, Colchester

The George, a sixteenth-century coaching inn located in what is now Colchester's High Street, has been a genteel hotel since the nineteenth century. Walter Bayes, a founding member of the Camden Town group, depicted all levels of Colchester society in nine watercolours for the Recording Britain scheme in 1940. Here, in what verges on parody, his flair for social observation is apparent in his depiction of the slightly exaggerated animation of the guests chatting politely around the hotel's Tudor fireplace.

A watercolour drawing showing hotel guests gathered around the fireplace of the George Hotel, Colchester. Two men and a woman sit in armchairs in front of the fireplace, deep in conversation, as a waiter approaches with a tray of drinks; another woman, in a blue dress, sits reading with her back to them. Signed.

'--WB--'
Signed in pencil by the artist, lower right corner.

The George Hotel, originally a coaching inn, dates from the early sixteenth century. 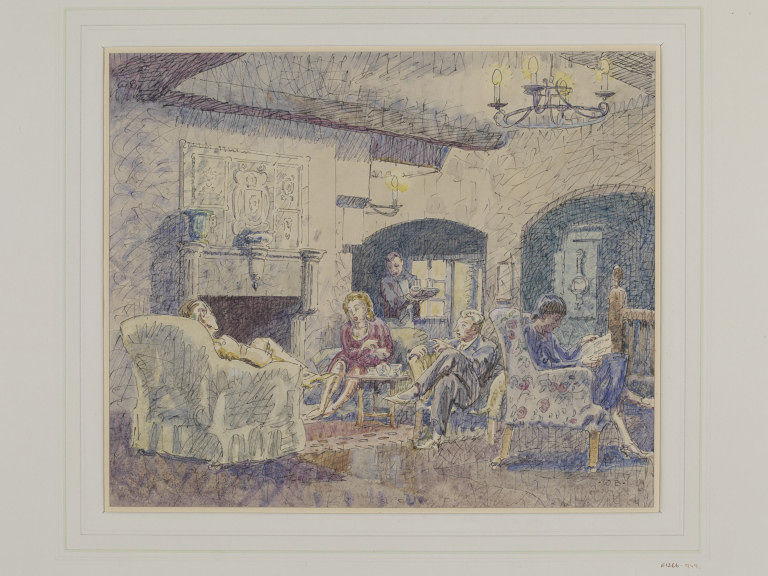