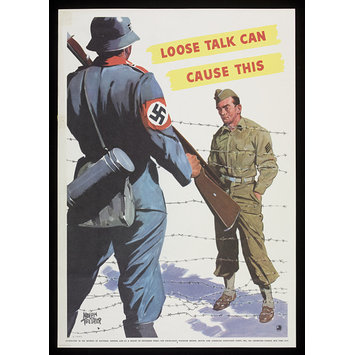 Loose talk can cause this

'Loose talk can cause this', World War II poster warning against careless talk, depicting a US Serviceman behind a barbed-wire fence, being watched over by a Nazi soldier holding a gun. The American is wearing a khaki uniform with a soft cap and sergeant's stripes. The Nazi has his back to us, is wearing a blue uniform with red collar, epaulettes, and swastika armband, and a tin helmet, and is carrying a rifle and kit bag. The background is plain, except for the suggestion of the figures' shadows. In the upper-left corner of the poster, printed in red on a yellow 'banner', are the words, 'Loose talk can cause this'.

'LOOSE TALK CAN / CAUSE THIS'
to the upper right of the image, printed in black against a yellow tape or banner

'ADOLPH / TREIDLER'
Incorporated into the image, between the two men, black on white

'Loose talk can cause this', World War II poster warning against careless talk, by Adolph Treidler, issued by British and American Ambulance Corps., 1942 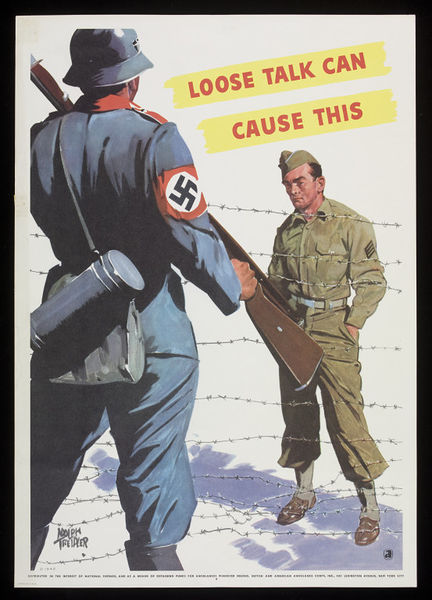