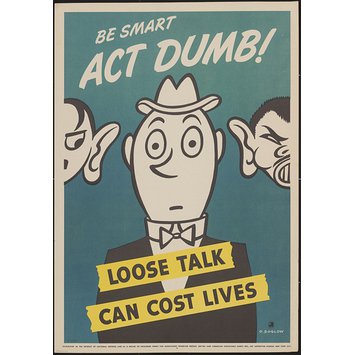 'Be smart act dumb!', World War II poster warning against careless talk, with an image of a man depicted in cartoon form. The man is wearing a suit, hat and bow-tie, and on either side of him are the faces of the enemy. They are represented by caricatures of Hitler, on the left, and on the right a racist depicting of a Japanese man, presumably Emperor Hirohito (although he is not wearing spectacles). The cartoon is black and white, but is against a dark turqouise-green background. Above the image, in white letters, is the slogan, 'Be smart act dumb!', and below the image, printed in black on a yellow 'banner', 'Loose Talk Can Cost Lives'.

'BE SMART / ACT DUMB!'
Above the image, in white letters

'LOOSE TALK / CAN COST LIVES'
Below the image, printed in black against a yellow tape or banner

'O.SOGLOW'
In the lower right corner of the poster, white on green 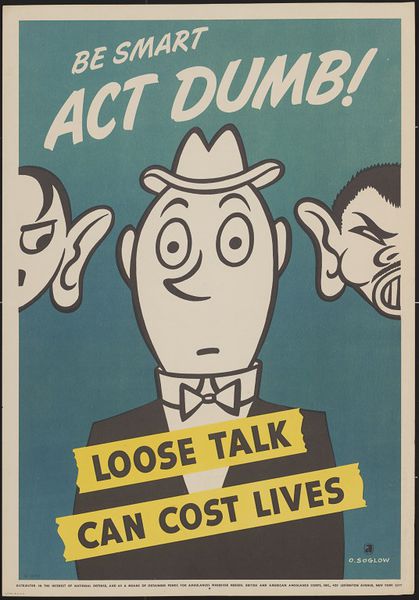