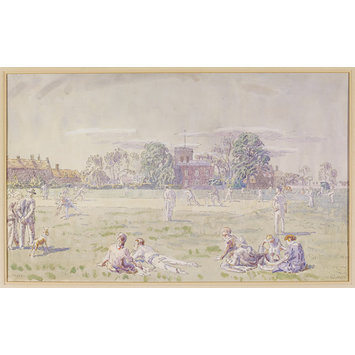 Great Bentley is said to have the largest village green in England, at 43 acres. Cricket has been played on it since the later eighteenth century. Walter Bayes captures a typical match on the green, which is surrounded by many village landmarks, including the tower of the Church of St Mary the Virgin. This corner of the village landscape has changed little since this watercolour was painted.

A watercolour drawing of a cricket match taking place on the green. Two small groups of spectators sit on the grass in the foreground. Signed.

Great Bentley is said to have the largest (43 acres) village green in England. Cricket has been played on the green since the late eighteenth century. 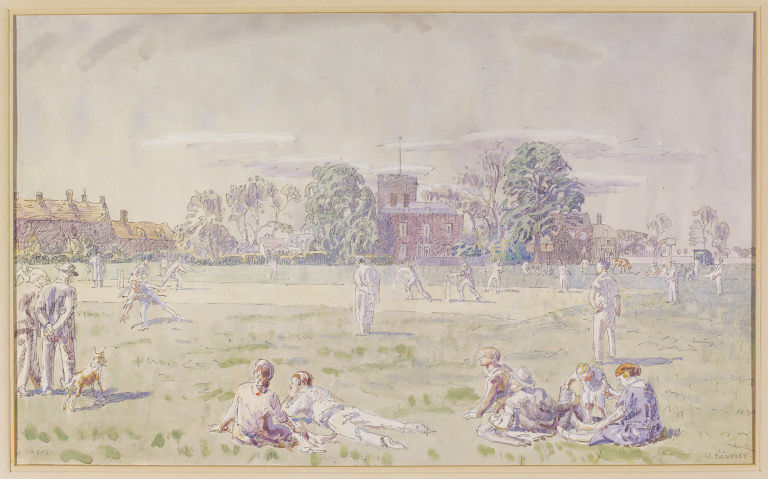