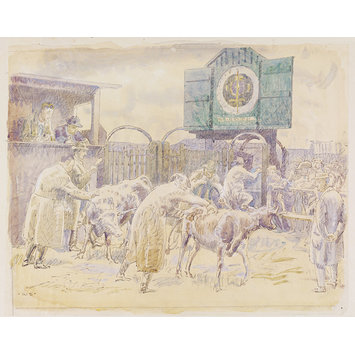 When Walter Bayes painted this scene, the cattle market was one of the liveliest sites in the busy market town of Braintree. The cattle market continued to function for several decades following the war, but was ultimately torn down in the 1980s and replaced by a supermarket.

A watercolour drawing of four men standing in the centre ring of the cattle market, looking over two cows. At right a group of men (presumably buyers and sellers) crowds against the barrier. Watercolour on paper; signed.

'--WB--'
Signed by the artist in pencil, lower left corner

The Braintree cattle market continued on this site into the 1970s, before being replaced by a Tesco supermarket in the 1980s. 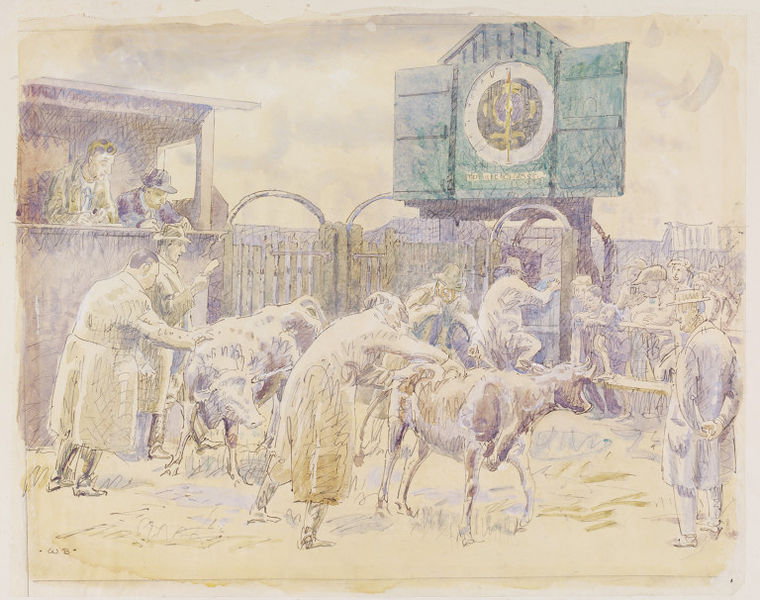