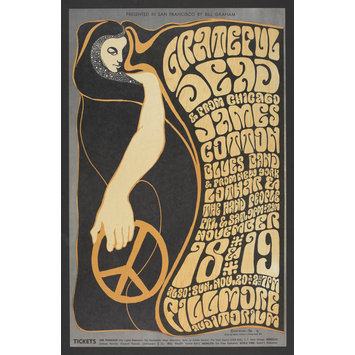 This gig at the Fillmore Auditorium featured Grateful Dead, an American rock band formed in 1965 in San Francisco. The band was known for its unique and eclectic style, fusing elements of rock, folk, psychedelia, and space rock and for live performances of long musical improvisation. The James Cotton Blues Band also played; famous for his harmonica playing, James Cotton's band mainly played their own arrangements of popular blues and R&B material from the 1950s & 60s, and toured with Janis Joplin.

Poster advertising Grateful Dead, James Cotton Blues Band and Lothar and the Hand People performing 18-20 November 1966 at The Fillmore Auditorium, San Francisco. Grey background with yellow text on the right-hand side and woman in black and white holding a yellow CND sign. 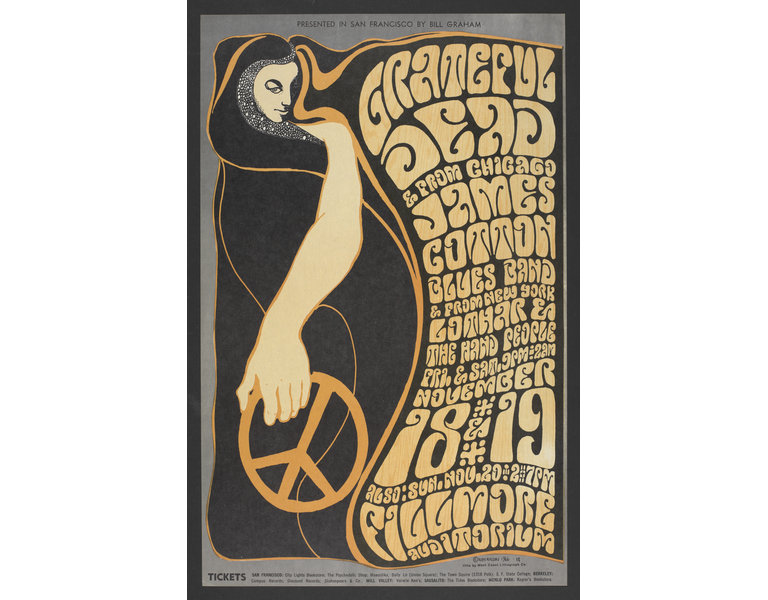