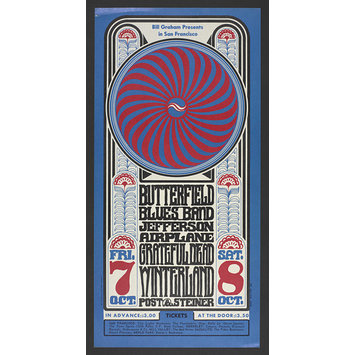 This gig at the Fillmore Auditorium featured Jefferson Airplane, a seminal psychedelic band whose 1967 album Surrealistic Pillow is considered one of the key recordings of the Summer of Love. Co-headlining was Grateful Dead, an American rock band formed in 1965 in San Francisco. The band was known for its unique and eclectic style, fusing elements of rock, folk, psychedelia, and space rock and for live performances of long musical improvisation. They were joined by the Butterfield Blues Band, who had previously performed with Bob Dylan at the Newport Folk Festival in 1965, during the infamous concert where he was backed by electric guitar for the first time. 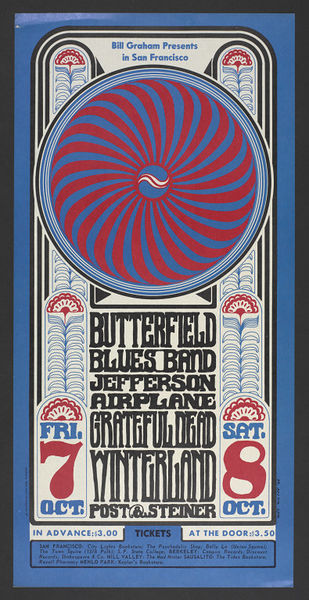