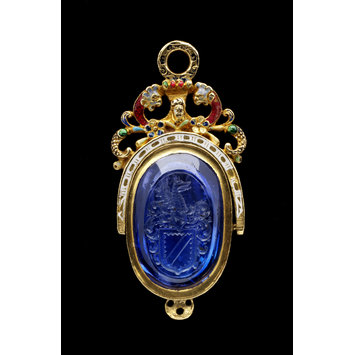 Sapphire seal engraved with the arms of Knyvett and mounted in enamelled gold, with a gold case, also enamelled.

However, the seal might also have been commissioned by other grandsons: Sir Henry Knyvett (1537?-1598), who was knighted in 1574, or his younger brother, Sir Thomas Knyvett (1545/6-1622). The last was Keeper of Westminster Palace, Groom of the Privy Chamber, knighted in 1601, a Member of Parliament, and created a peer in 1607. He had done long service at court, and the peerage recognised this and the fact that it was he who arrested Guy Fawkes under the House of Lords in 1605.

Sapphire seal engraved with the arms of Knyvett and mounted in enamelled gold, with a gold case, also enamelled, England, ca.1580

This seal was designed to be worn as a pendant. It was commissioned by a member of the Knyvett family, possibly Sir Thomas Knyvett. In 1605 he
arrested Guy Fawkes in Westminster preparing to blow up James I and the House of Lords. 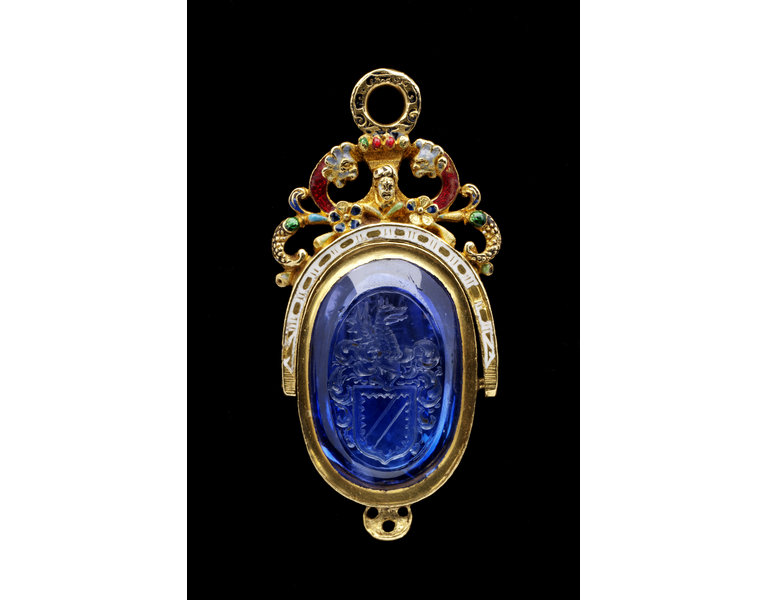