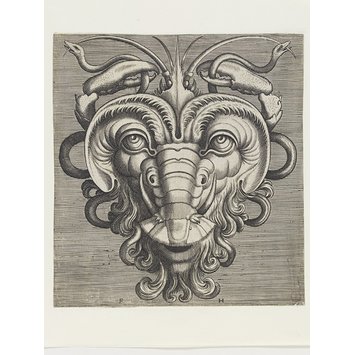 A mask, with eyes combined with a lobster body, and lobster's claws gripping two snakes a the top 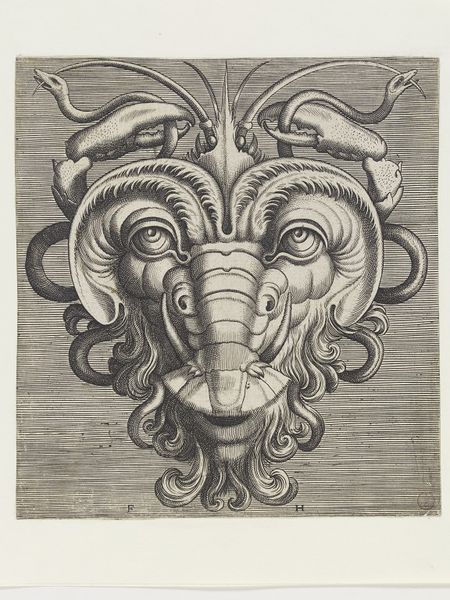