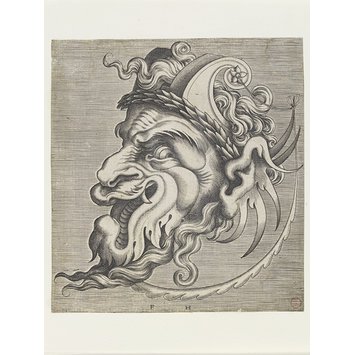 A mask composed of vegetation with leaf crown stretching across the forehead and wavy hair framing the face. 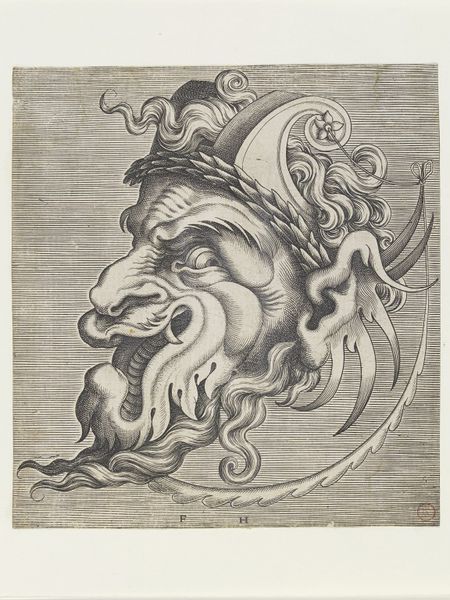