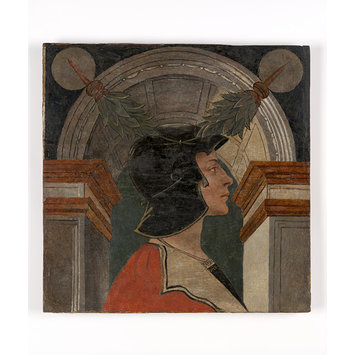 This male bust in profile is part of a large series preserved in different places, six of them being housed in the V&A. They originally decorated a ceiling in a Mantuan palace, the palace of San Martino Gusnago. This type of decoration was praised by the nobles who enjoyed displaying their portraits and portraits of relatives in all sorts of outfits which reveals their wealth. This panel shows a young man wearing a classical helmet.

Profile bust of a bearded man wearing a classical helmet and facing right, set against a marble niche with a garland above his head. 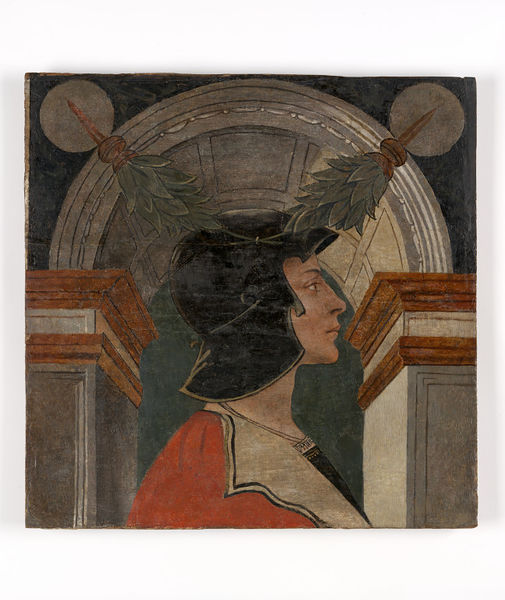