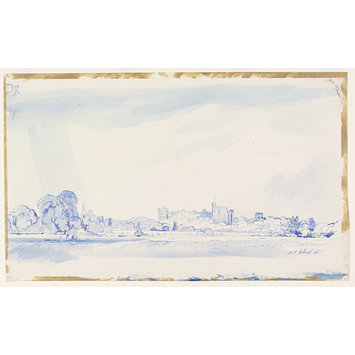 Windsor from the Dorney Road

Pen and blue ink and wash painting on paper

Pen and ink and wash drawing by William Robins, 'Windsor from the Dorney Road', from the Recording Britain Collection (Berkshire); 1941. 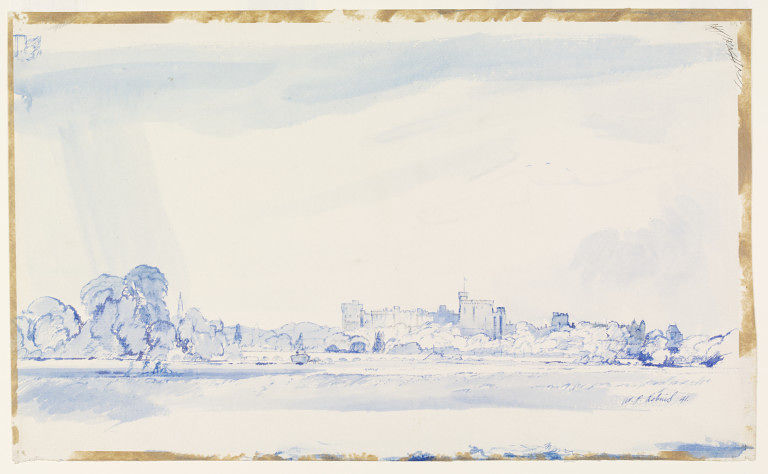