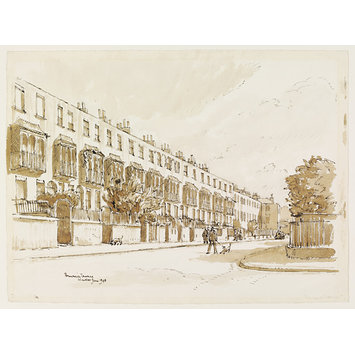 Watercolour; titled and dated. View of a terrace of Georgian houses in Windsor.

Pen and ink and brown wash on paper 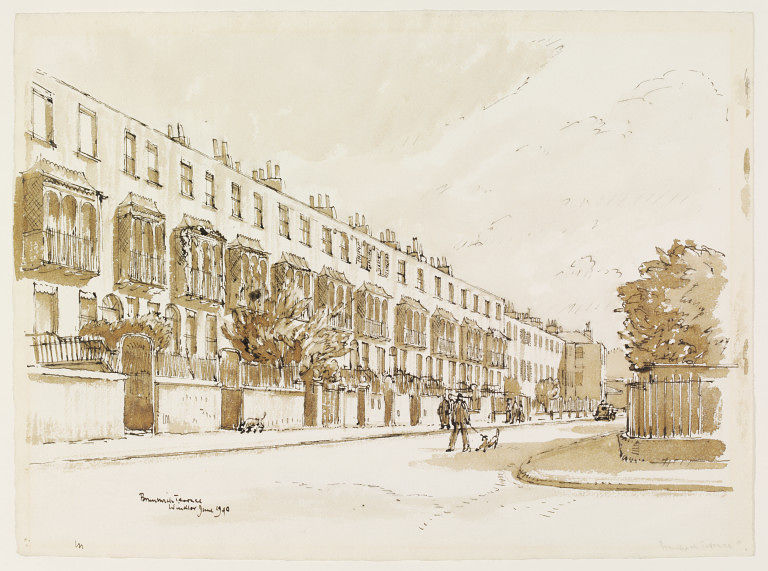