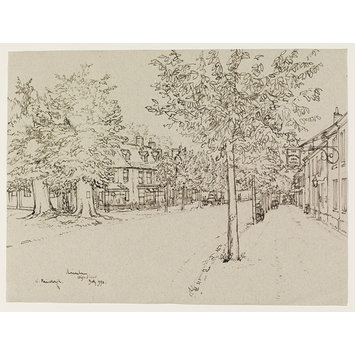 Drawing; signed, dated and titled. View of the tree-lined High Street in the village of Shrivenham.

Pen and ink drawing on paper 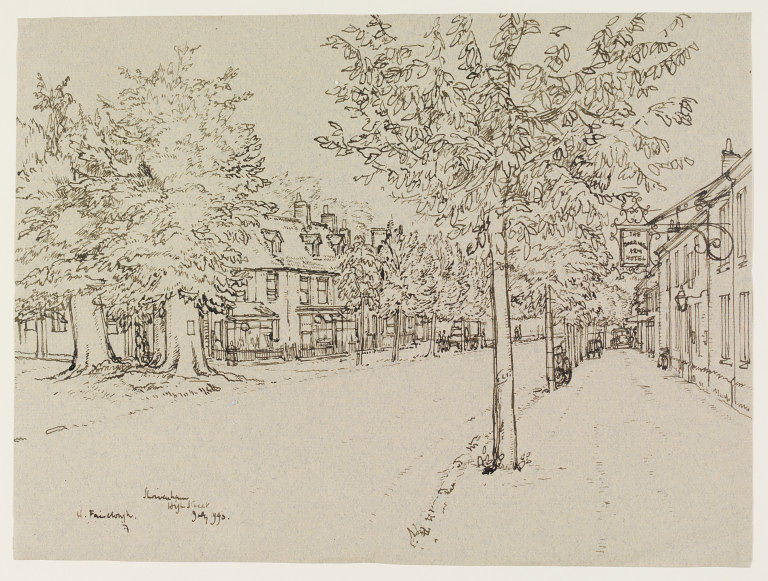