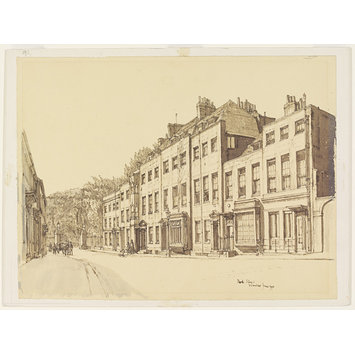 Watercolour; tiled and dated. View of Georgian houses on Park Street in Windsor. 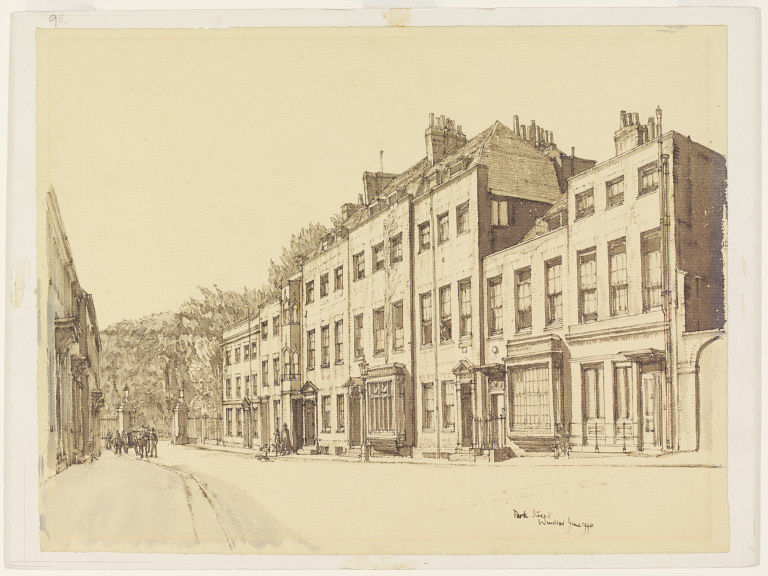