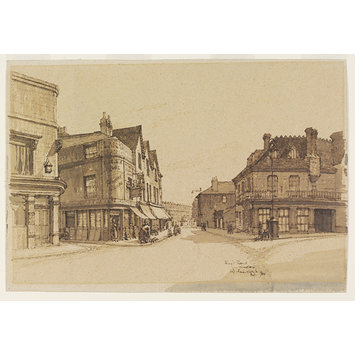 Watercolour; signed, titled and dated. View of a tobacconist’s shop on the corner of King’s Road in Windsor. 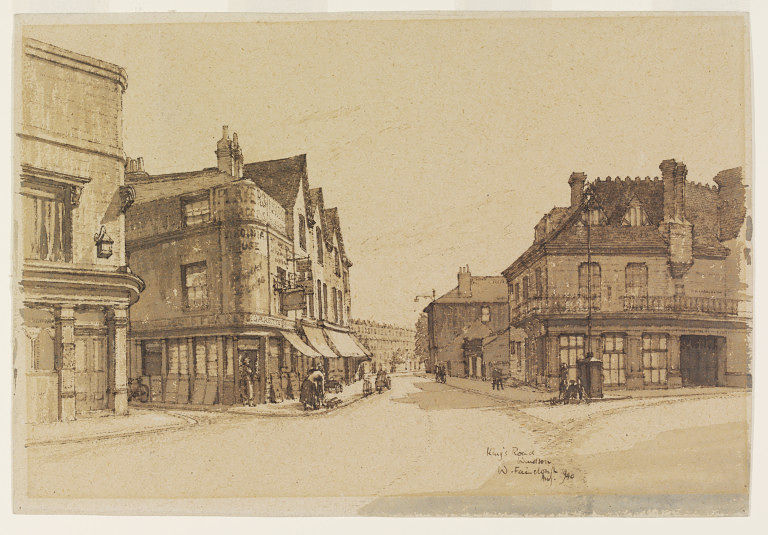