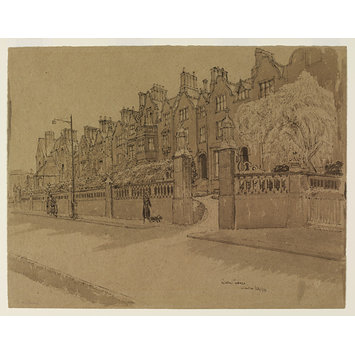 Watercolour; titled and dated. View of Queen’s Terrace in Windsor, built in Jacobean style in the 19th century. 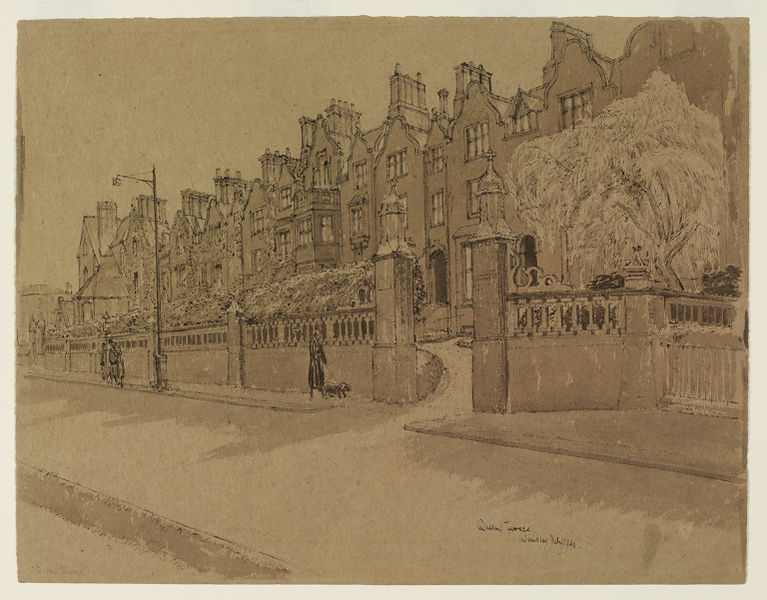