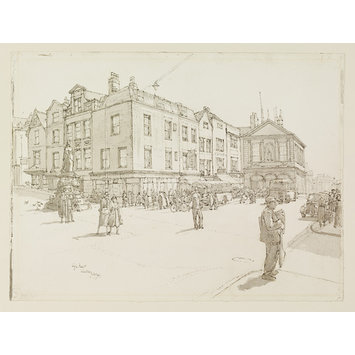 Watercolour; titled and dated. View of the High Street in Windsor, busy with people and vehicles. 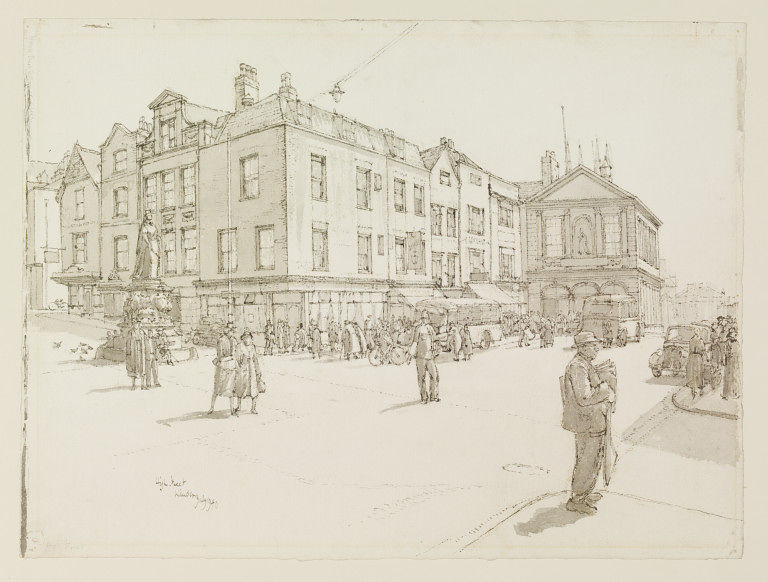