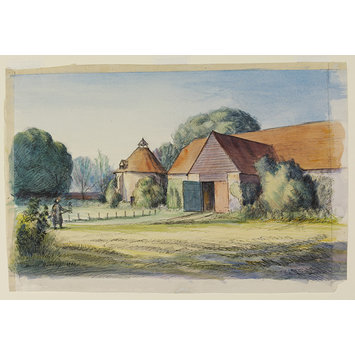 Watercolour; signed and dated. View of the 14th-century circular dovecote and tithe-barn in the village of Hurley, Berkshire. 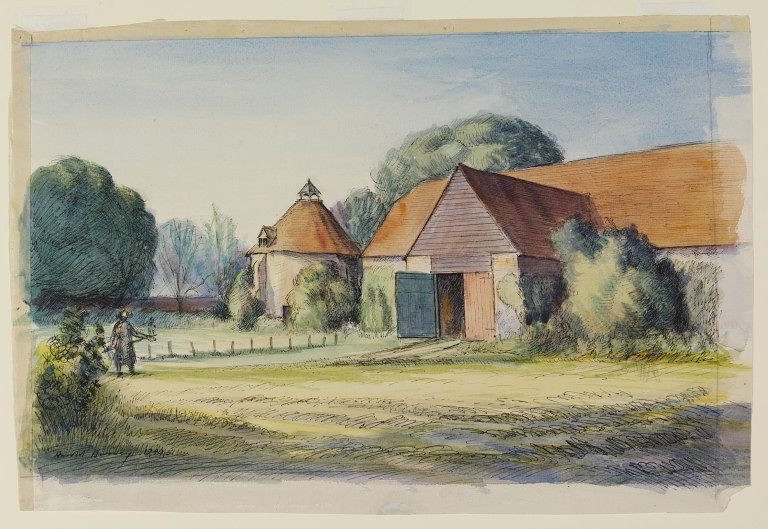