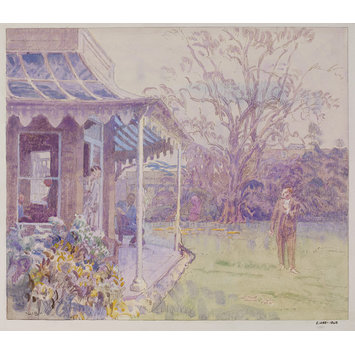 Watercolour; signed. A depiction of academia at leisure. The porch has a glazed canopy and leads into a garden, where a gentleman in a suit strolls. He looks towards his colleague who stands in the doorway leading to the porch.

'W B'
Signed at lower left 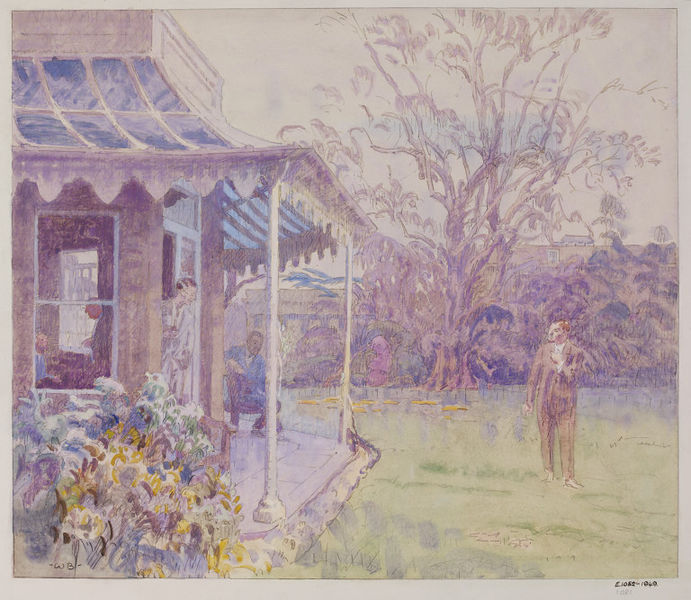