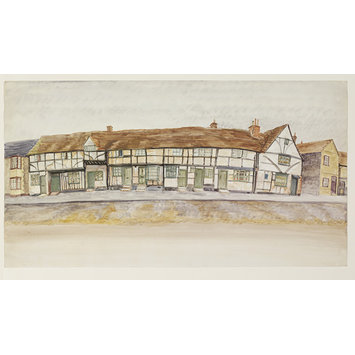 Watercolour. View of a row of medieval timber-framed houses in Wokingham. 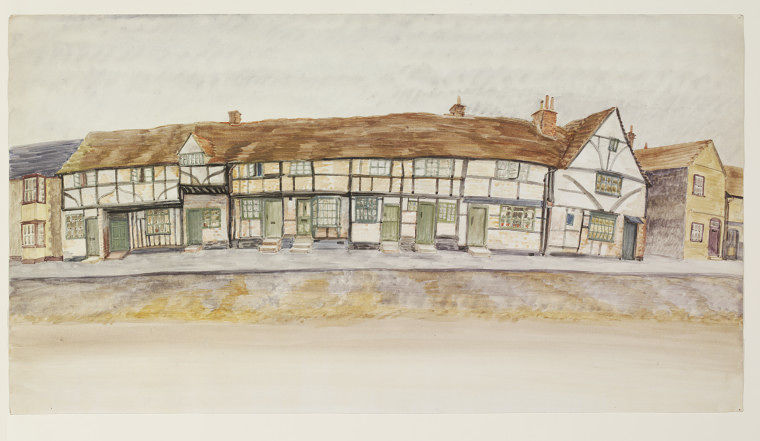