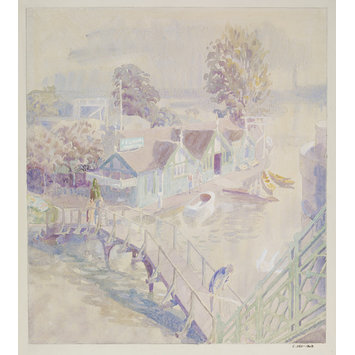 Watercolour; signed. Atmospheric view of Pipers Island on the River Thames at Reading, with Caversham Bridge in the foreground.

'W B'
Signed in pencil

Watercolour by Walter Bayes, 'Piper's Island from Caversham Bridge', from the Recording Britain Collection (Berkshire); ca.1940. Signed by the artist. 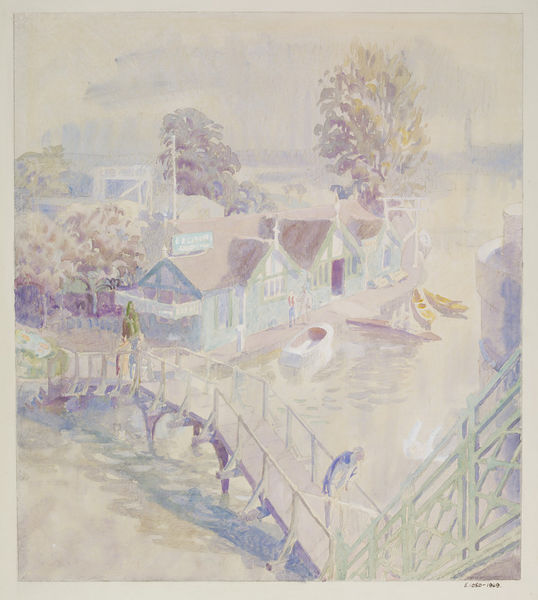