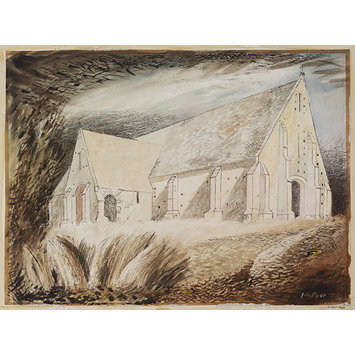 Watercolour; signed. View of the monumental 14th-century tithe barn at Great Coxwell. The low perspective and strong contrast between the dark surround and pale, illuminated building creates a strong sense of drama. 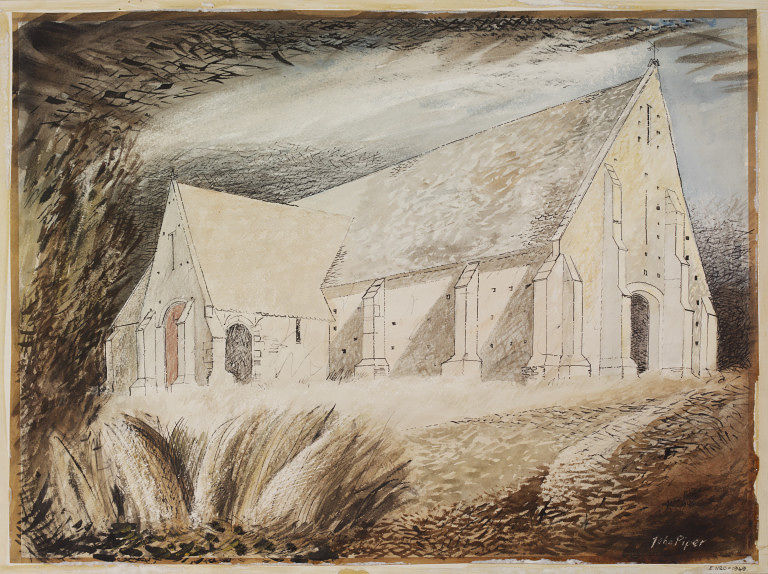