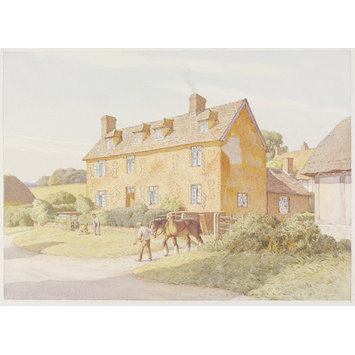 Watercolour; signed and dated. View of an ochre-coloured two-storey cottage with dormer windows. A man leads a shire horse through the gateway.

Watercolour by Stanley Anderson, 'A 15th century cottage at Nether Wynchenden', from the Recording Britain Collection (Buckinghamshire); 1940. Signed and dated. 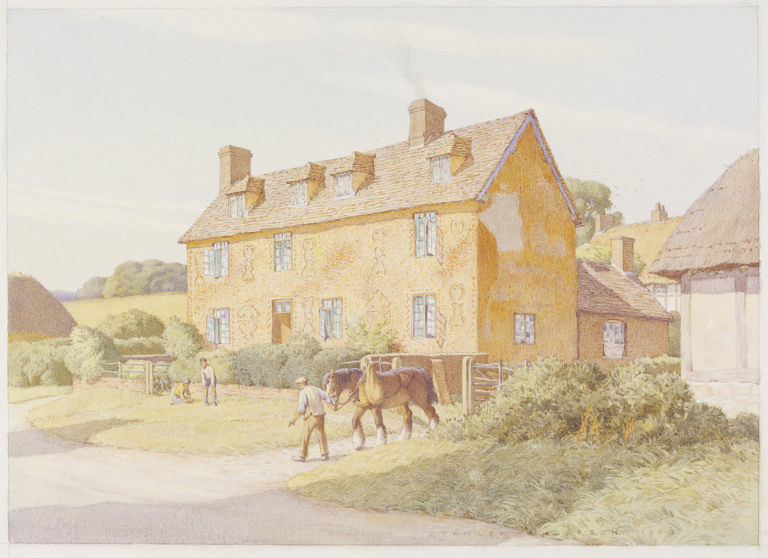