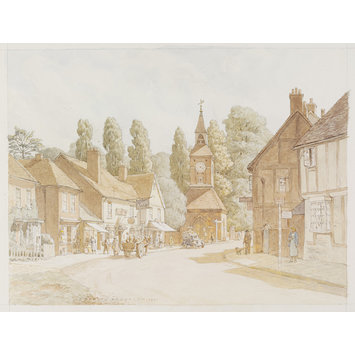 Watercolour; signed and dated. View of the Clock Tower and timber-framed buildings on a street in the town of Wendover. The street is busy with passers-by, an automobile and a horse-drawn cart. 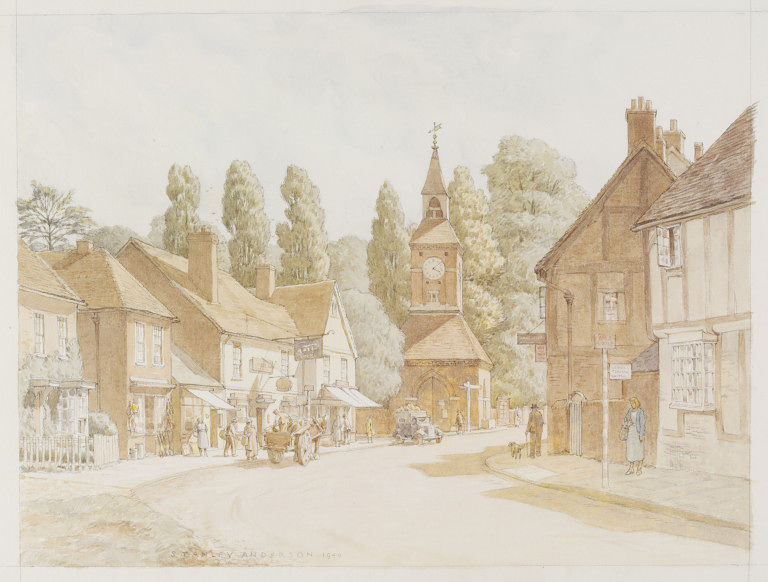