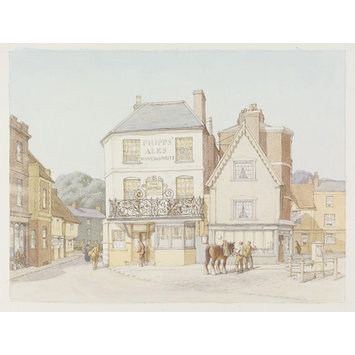 Watercolour. View of the George Hotel, on the Market Square in the town of Winslow. The first floor is decorated with a beautiful wrought-iron balcony. A shire horse stands outside with its masters. 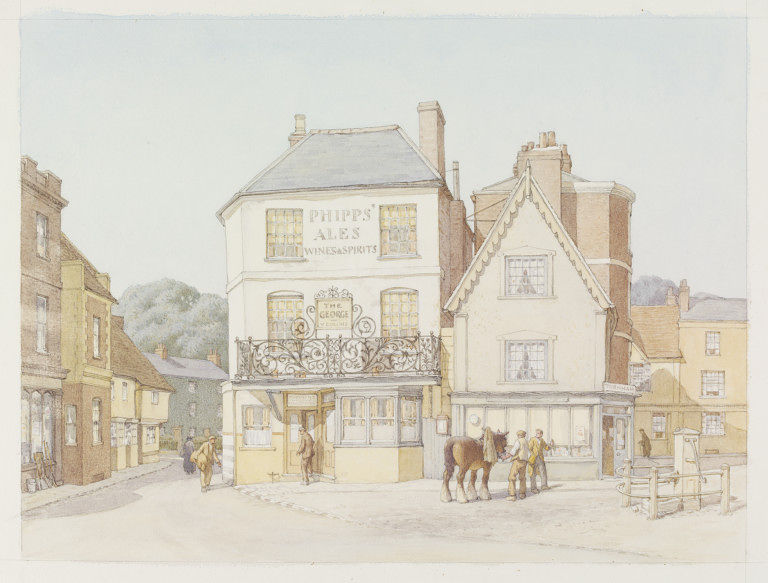