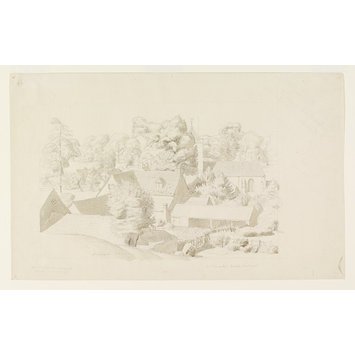 Watercolour; signed and titled. View from a hill looking down on the village and church of Leckhampstead. 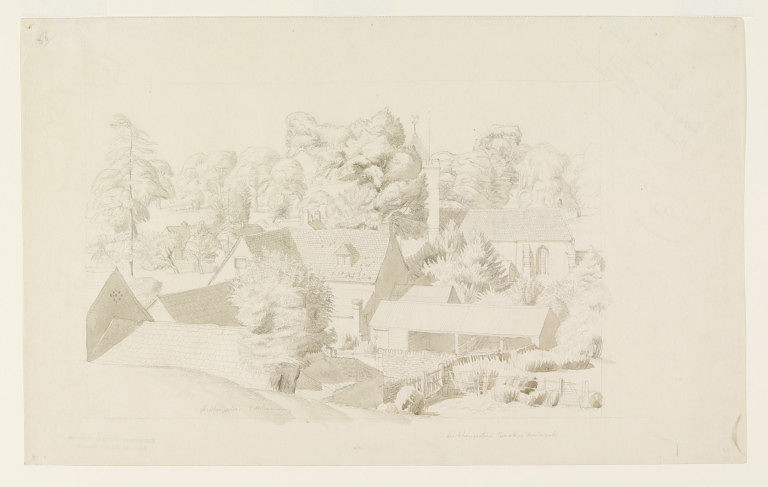