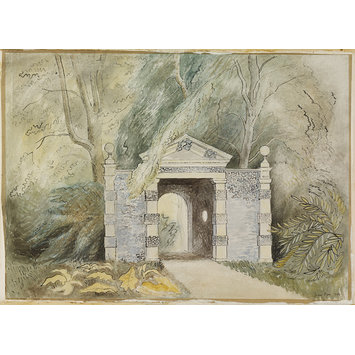 Watercolour; signed and dated. View of an ornamental, rusticated and pedimented gateway in the landscaped gardens of Fawley Court. 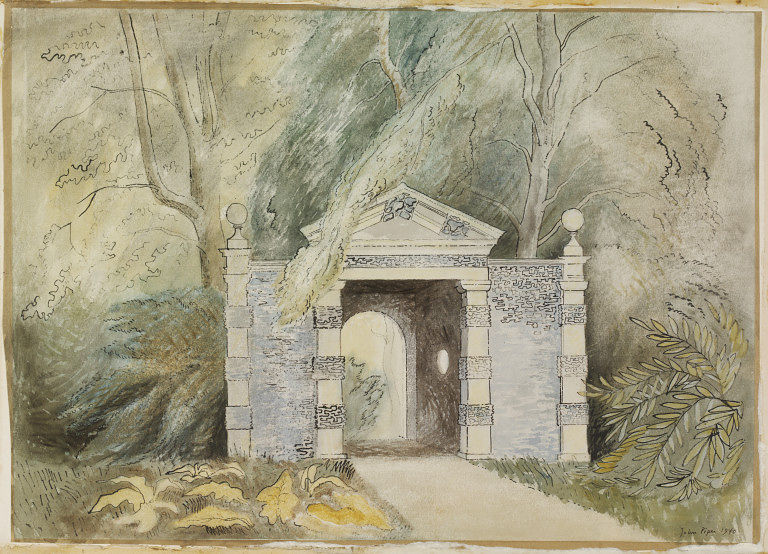