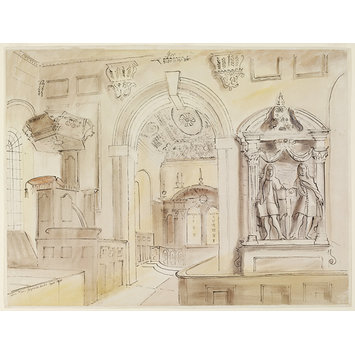 Watercolour; signed and dated. View of the interior of St. Peter's Church at Gayhurst showing the Wrighte monument on the wall at right, two bewigged figures in period dress standing between columns. 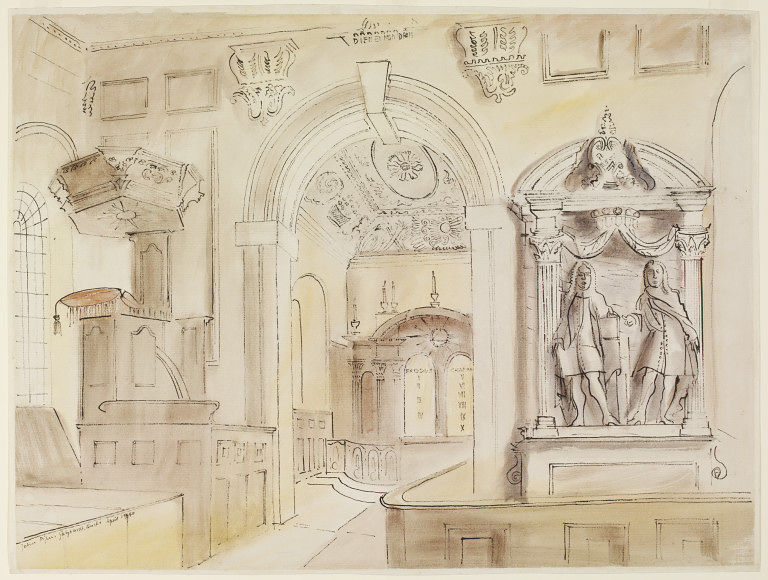