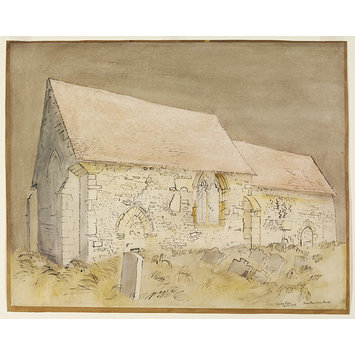 Watercolour; signed and dated. View of St. Peter's Church in the village of Stantonbury, now a district of Milton Keynes. The small church stands next to an overgrown churchyard in which tilted gravestones stand amid deep grass. 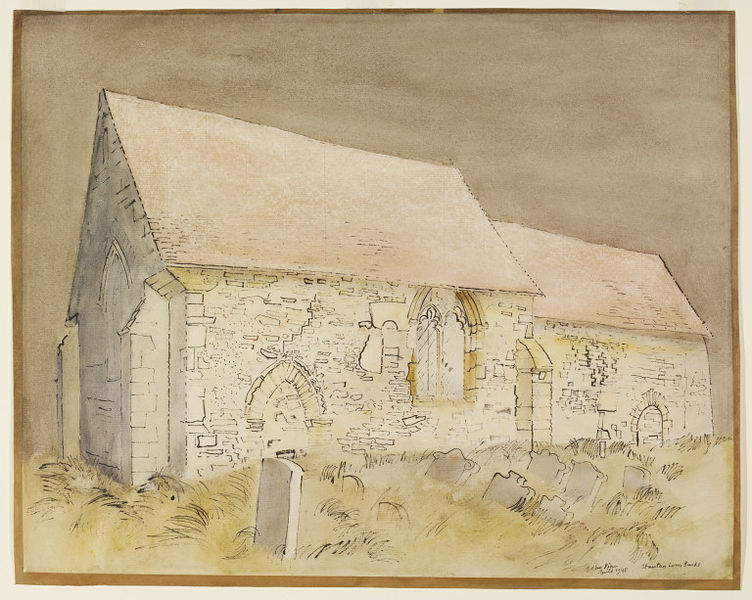