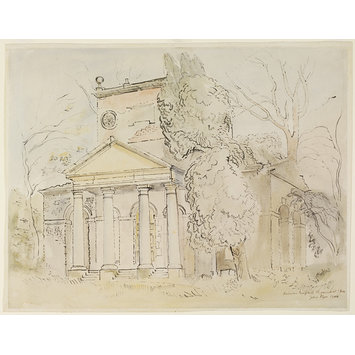 The Ruined Temple of Friendship in the Grounds at Stowe

Watercolour; signed, dated and titled. View of the 18th-century Temple of Friendship in the grounds of Stowe.

Watercolour by John Piper, 'The Ruined Temple of Friendship in the Grounds at Stowe' from the Recording Britain Collection (Buckinghamshire); 1940. 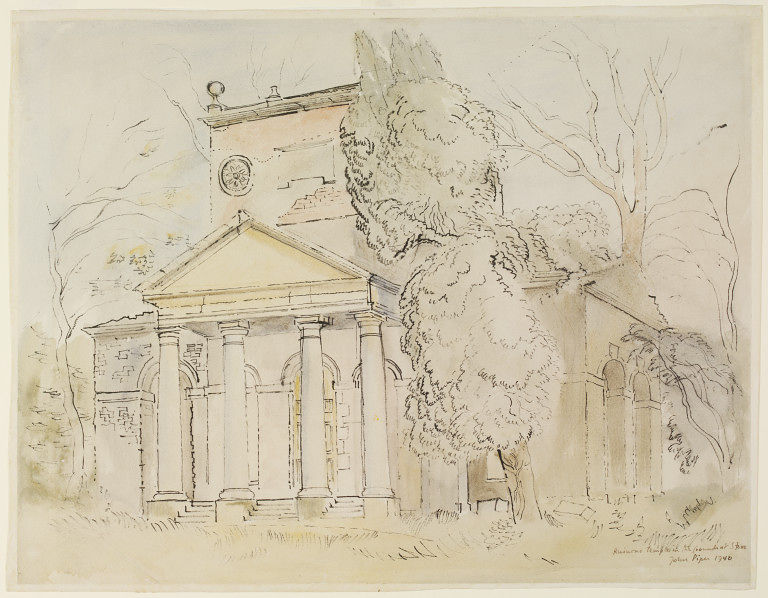