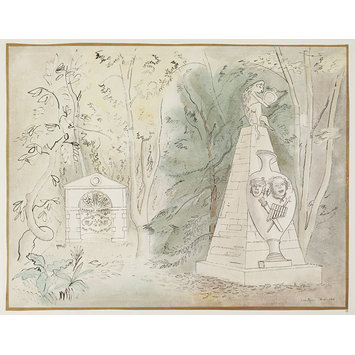 Watercolour; signed and dated. View of the Congreve Monument (at right) and the Pebble Alcove (at left) in a woodland setting in the grounds of Stowe. 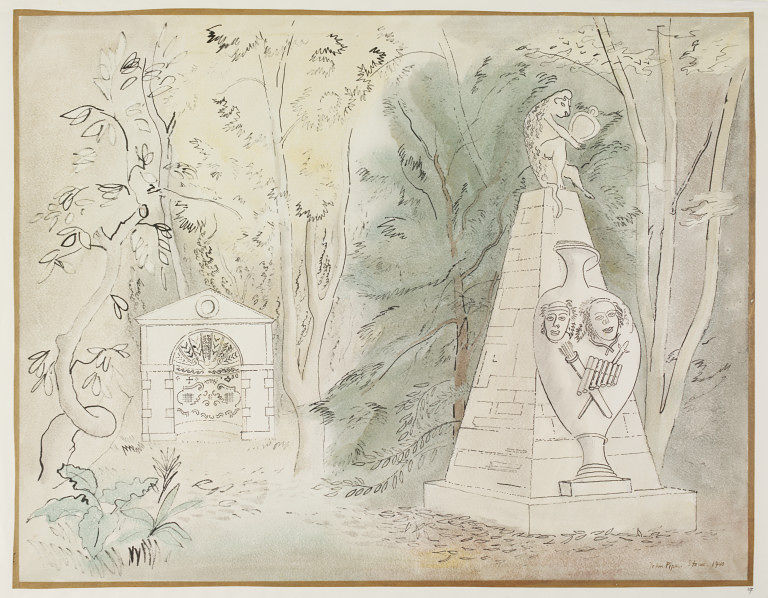