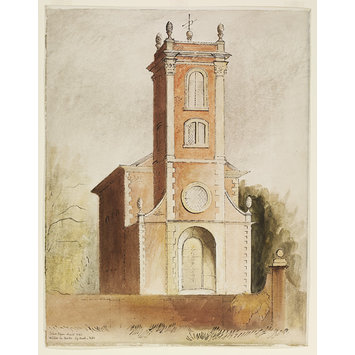 Watercolour; signed, dated and inscribed. View of the Church of St. Mary Magdalene at Willen, looking towards the west tower topped with pineapple finials. 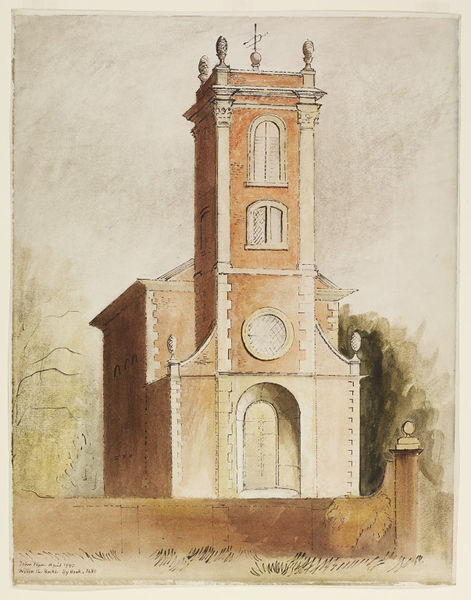