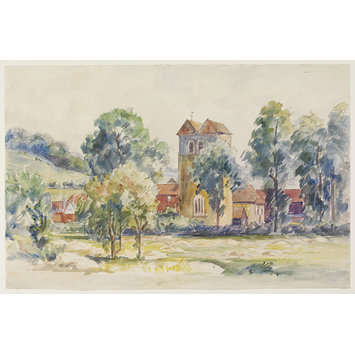 Watercolour; signed. View of the Church of St. Bartholomew at Fingest, showing its mighty Norman tower rising between trees. 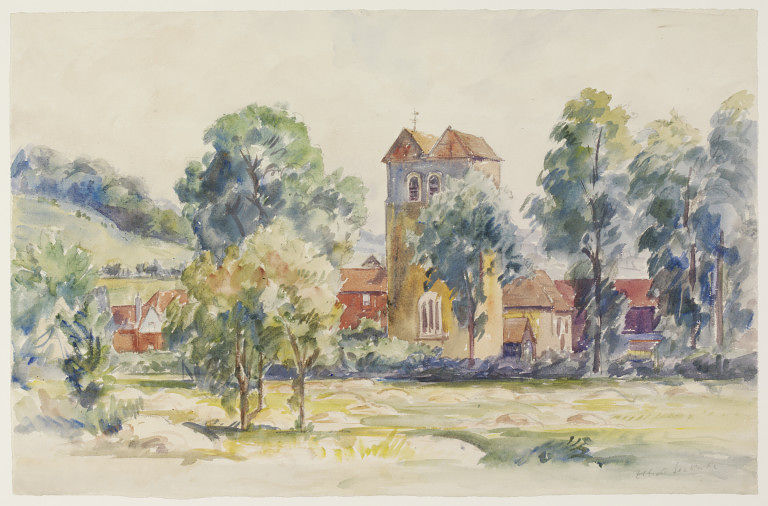