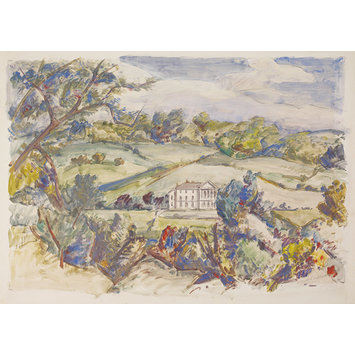 Watercolour; signed. Distant view of the West Wycombe Park house and grounds, with hills behind and framed by trees.

Gouache and watercolour painting on paper 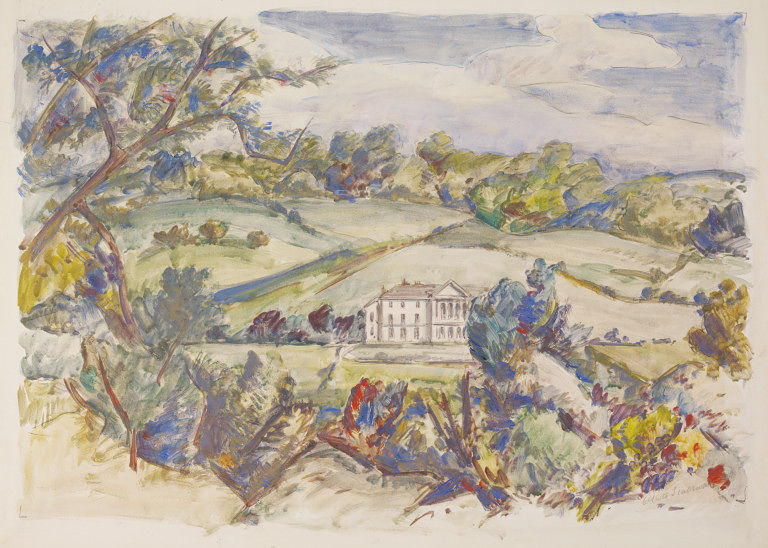