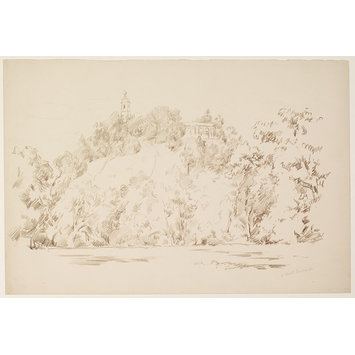 Drawing; signed. Distant view of the Mausoleum at West Wycombe Park, sited on a wooded hilltop, with the tower of St. Lawrence's church at left. 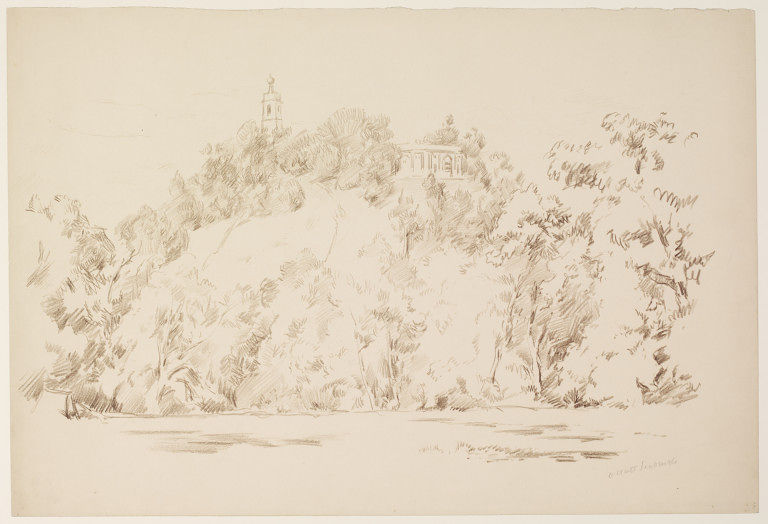