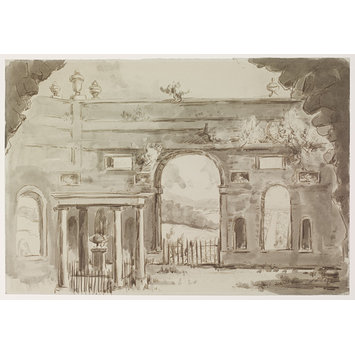 Watercolour; signed. View of the Mausoleum at West Wycombe Park, with a view of a straight road framed by an arched window. 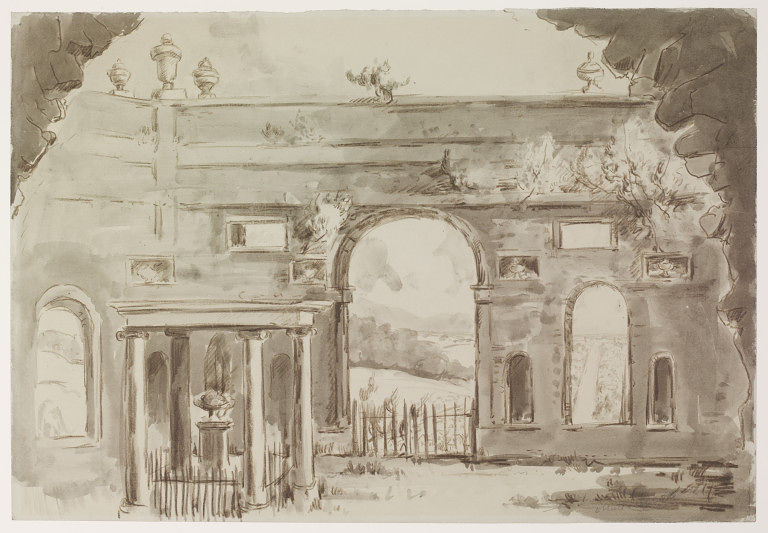