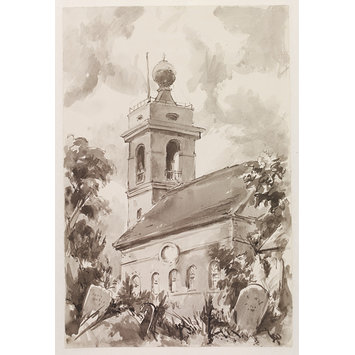 Painting; signed. View of the Church of St. Lawrence in the grounds of West Wycombe Park, showing the tower topped with a large golden ball and leaning gravestones in the foreground.

Ink and wash painting on paper 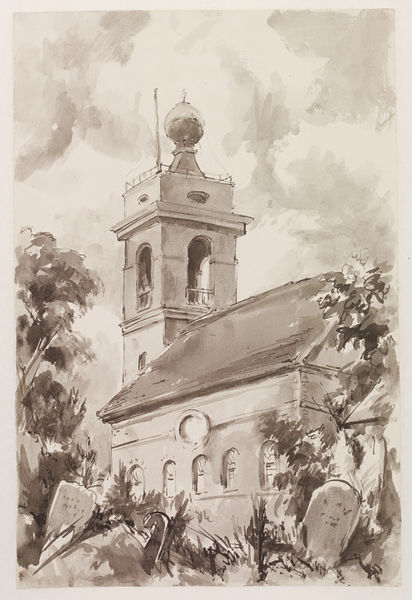