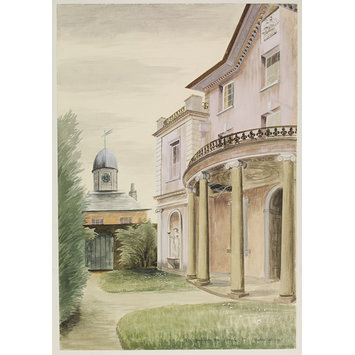 Watercolour; signed, dated and titled. View of the front façade of Marlborough House, a 19th-century town house in Falmouth, showing the Ionic colonnade. 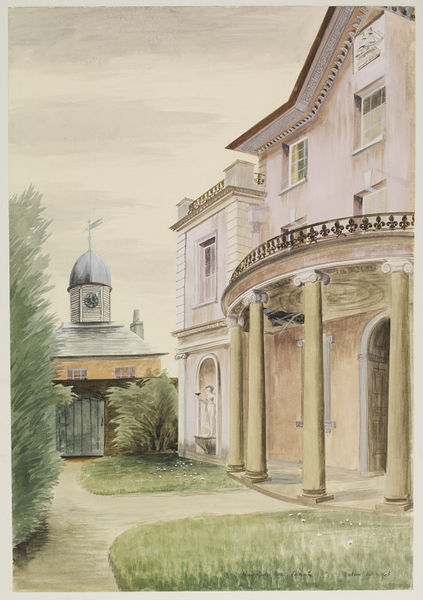