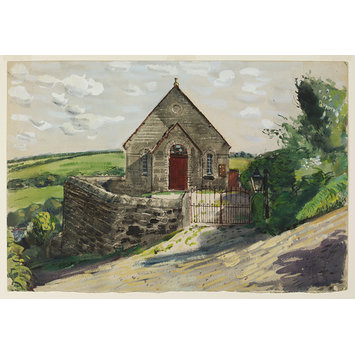 Watercolour. View of a chapel on a hillside with fields beyond.

Pen and ink, watercolour and body colour painting on paper 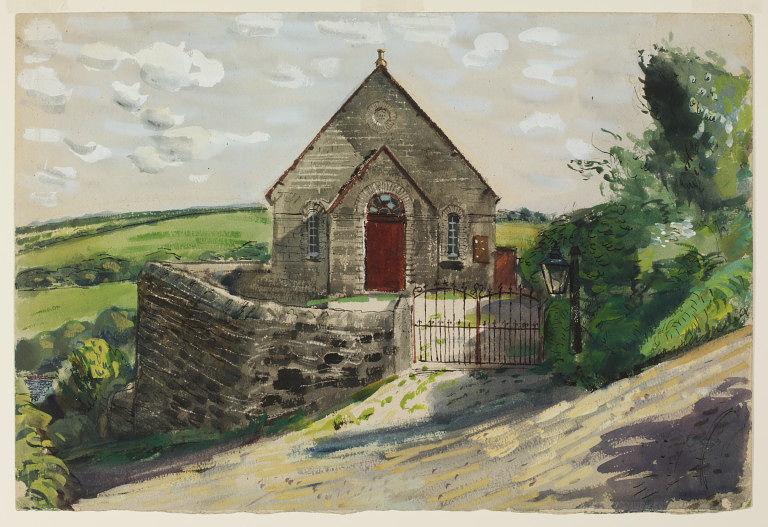