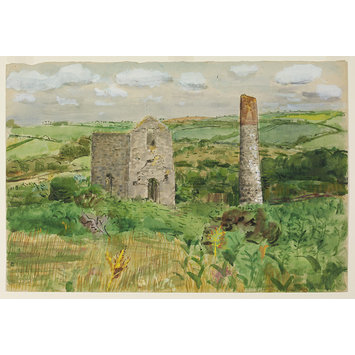 Watercolour. View of the engine house and chimney stack of a derelict mine in the countryside near Roche. 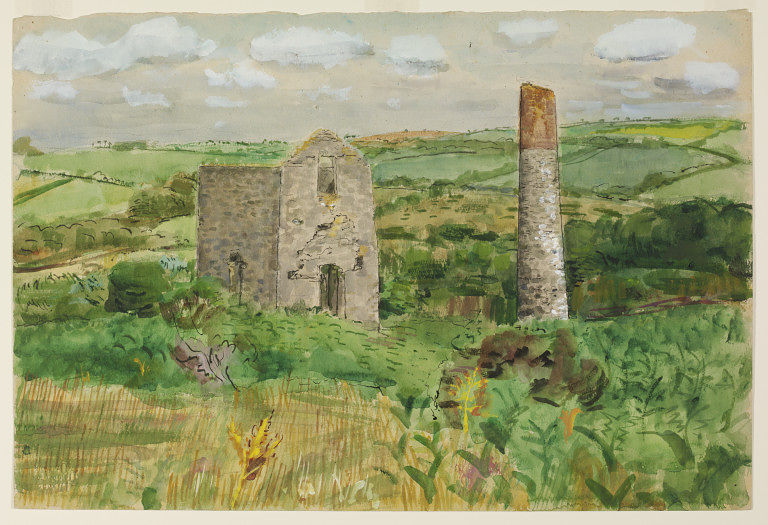