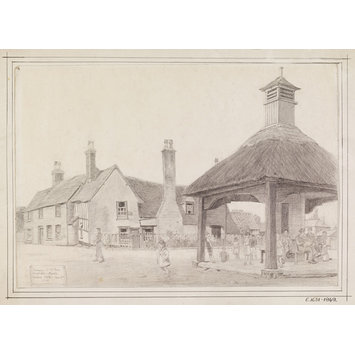 Drawing; signed, dated and titled. Depiction of wartime evacuees and airmen gathered at a thatched shelter in the village of Houghton.

Inscribed with title in cartouche at lower left 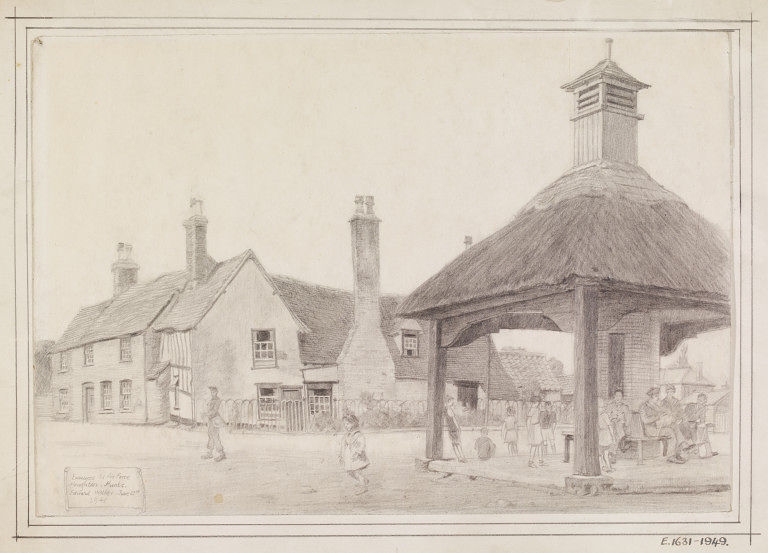