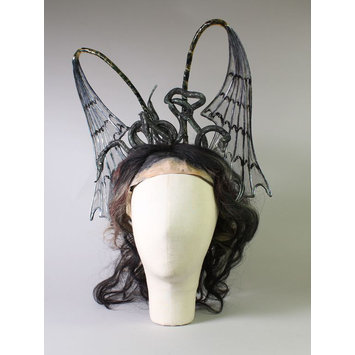 Headdress for Carabosse worn by Ronald Emblen in Marius Petipa's ballet 'The Sleeping Beauty' performed by the Sadler's Wells (now Royal) Ballet at the Royal Opera House, Covent Garden, 20th February 1946. The music for the ballet was composed by Tchaikovsky, and the scenery and costumes were designed by Oliver Messel. The ballet had originally been performed by the Imperial Russian Ballet at the Maryinsky Theatre, St. Petersburg in 1890, where it quickly became acknowlegded as an important work in the repertoire due to the high quality of Petipa's choreography and Tchaikovsky's music. The 1946 production, mounted by Ninette de Valois, was based on the 1939 Sadler's Wells Ballet production staged for the company by Nicolai Sergueeff, the former regisseur of the Russian Imperial Ballet. The production also included additional new choreography by Frederick Ashton, and the first cast included Margot Fonteyn, Robert Helpmann, & Beryl Grey.

Oliver Messel designed 'The Sleeping Beauty' for the Sadler's Wells Ballet in 1946. This was the first production when the Royal Opera House reopened after the Second World War and marked the establishment of the ballet company in the theatre.
The production underwent various modifications over the twenty years that the production remained in the repertory. A smaller version of the ballet was produced for the Royal Ballet Touring Company at the Grand Theatre, Leeds, 14th September 1959. A later refurbishment of the production was first performed by The Royal Ballet at Covent Garden on 10th June 1960.

Historical significance: The Sleeping Beauty is a key production in the history of the Royal Ballet. The mounting of the greatest of the Russian classics in 1939 by an English company not ten years old was presumption in the extreme, but it was possible because Ninette de Valois recognized a potential Aurora in Margot Fonteyn. She went on to dance the role over fifty times during the War. In 1946, The Sleeping Beauty was the production which re-opened the Royal Opera House and Oliver Messel's vision of the ballet has overshadowed almost all subsequent attempts to stage it.
In 1949, the Sadler's Wells Ballet opened their first American season at the Metropolitan Opera House, New York with The Sleeping Beauty and Fonteyn's performance in Act I was both her artistic coming of age and that of the Sadler's Wells Ballet - overnight both were catapulted to international superstardom. In 1961 the Royal Ballet took The Sleeping Beauty, back to the Maryinsky Theatre in St Petersburg, where it had been created in 1890. Once again, Fonteyn in the pink Messel costume in Act I, was fundamental to the company's success. 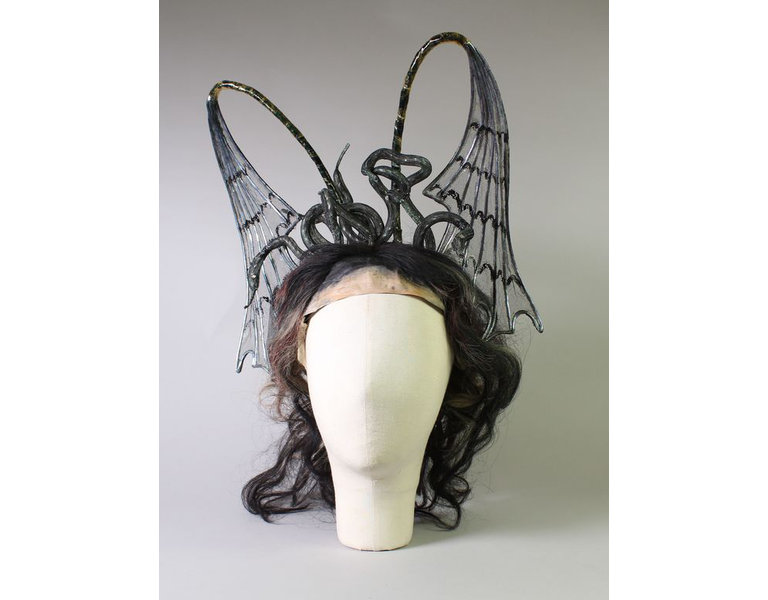