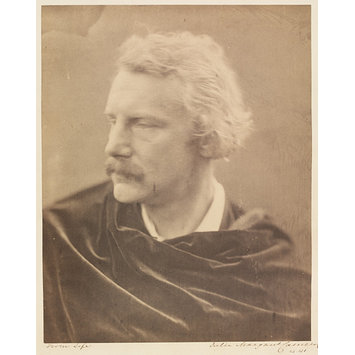 Another sitter during Cameron’s London visit in May 1865 was the artist Coutts Lindsay. He was a great supporter of G.F. Watts, who lived at Little Holland House with Cameron’s sister Sara Prinsep and her husband Thoby. Lindsay later opened the Grosvenor Art Gallery on New Bond Street in London.

A photographic portrait of a man posed in 3/4 profile. He has a mustache and his shoulders and upper body are draped with a cloth.

Another sitter during Cameron’s London visit in May 1865 was the artist Coutts Lindsay. He was a great supporter of G.F. Watts, who lived at Little Holland House with Cameron’s sister Sara Prinsep and her husband Thoby. Lindsay later opened the Grosvenor Art Gallery on New Bond Street in London. 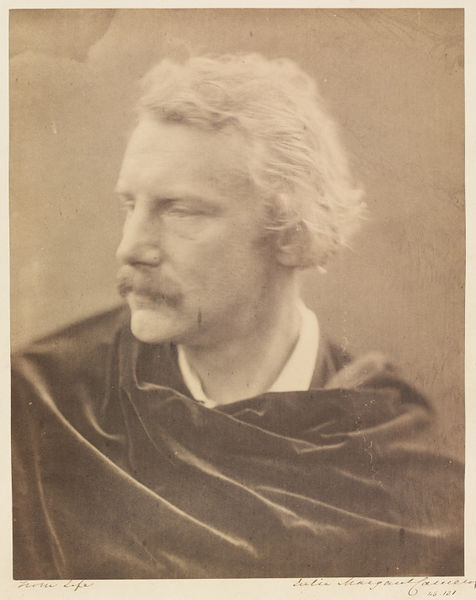